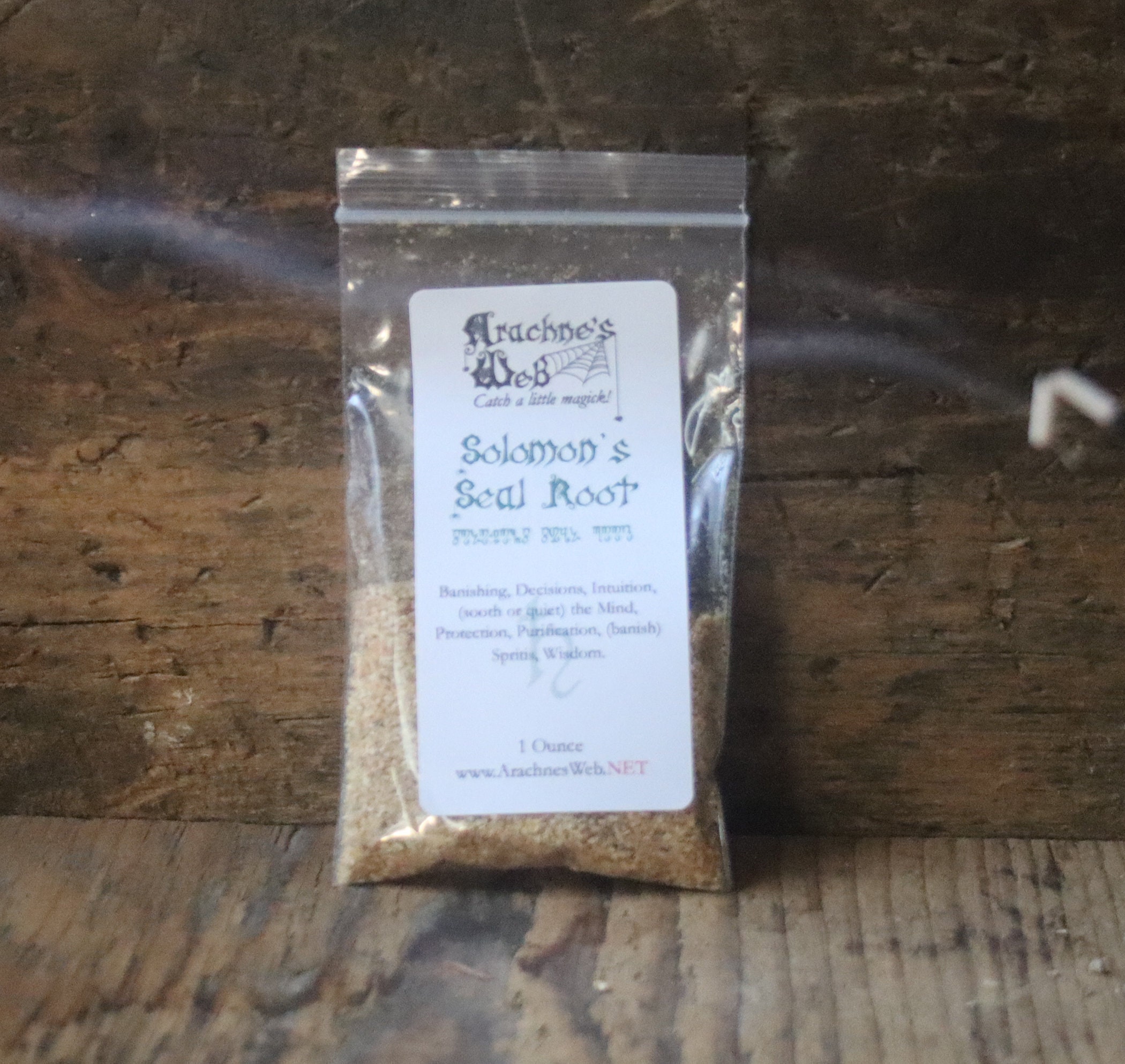 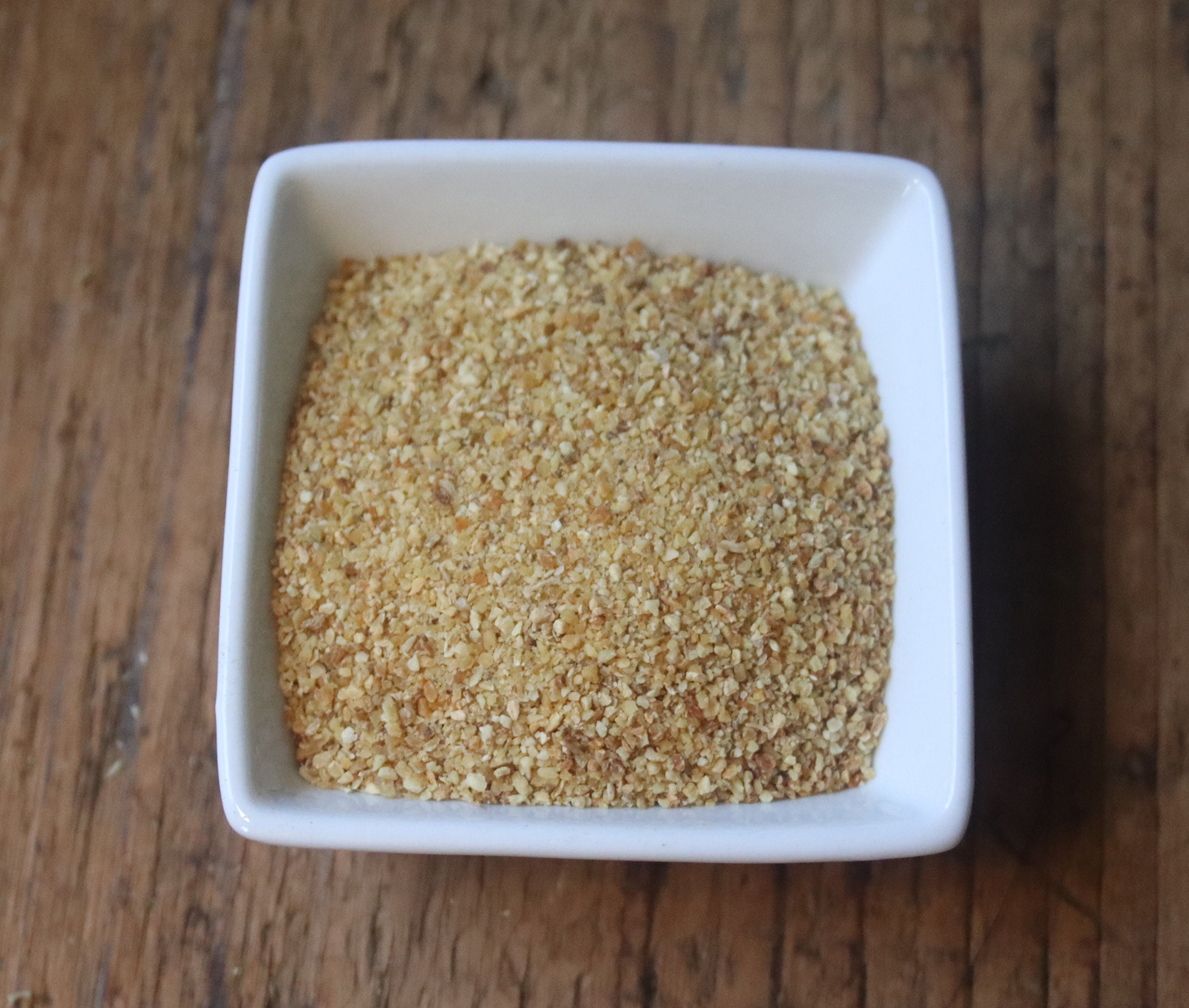 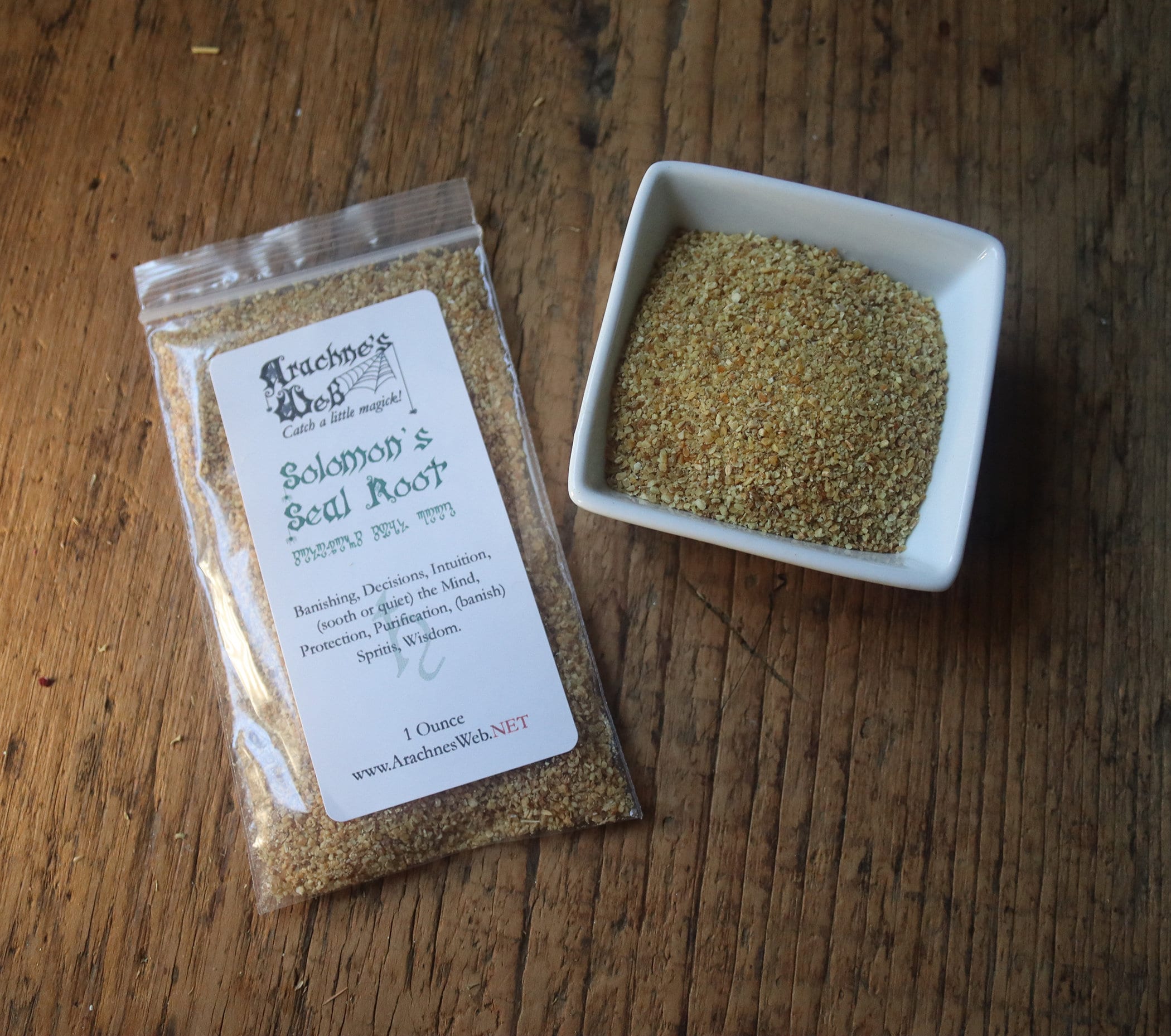 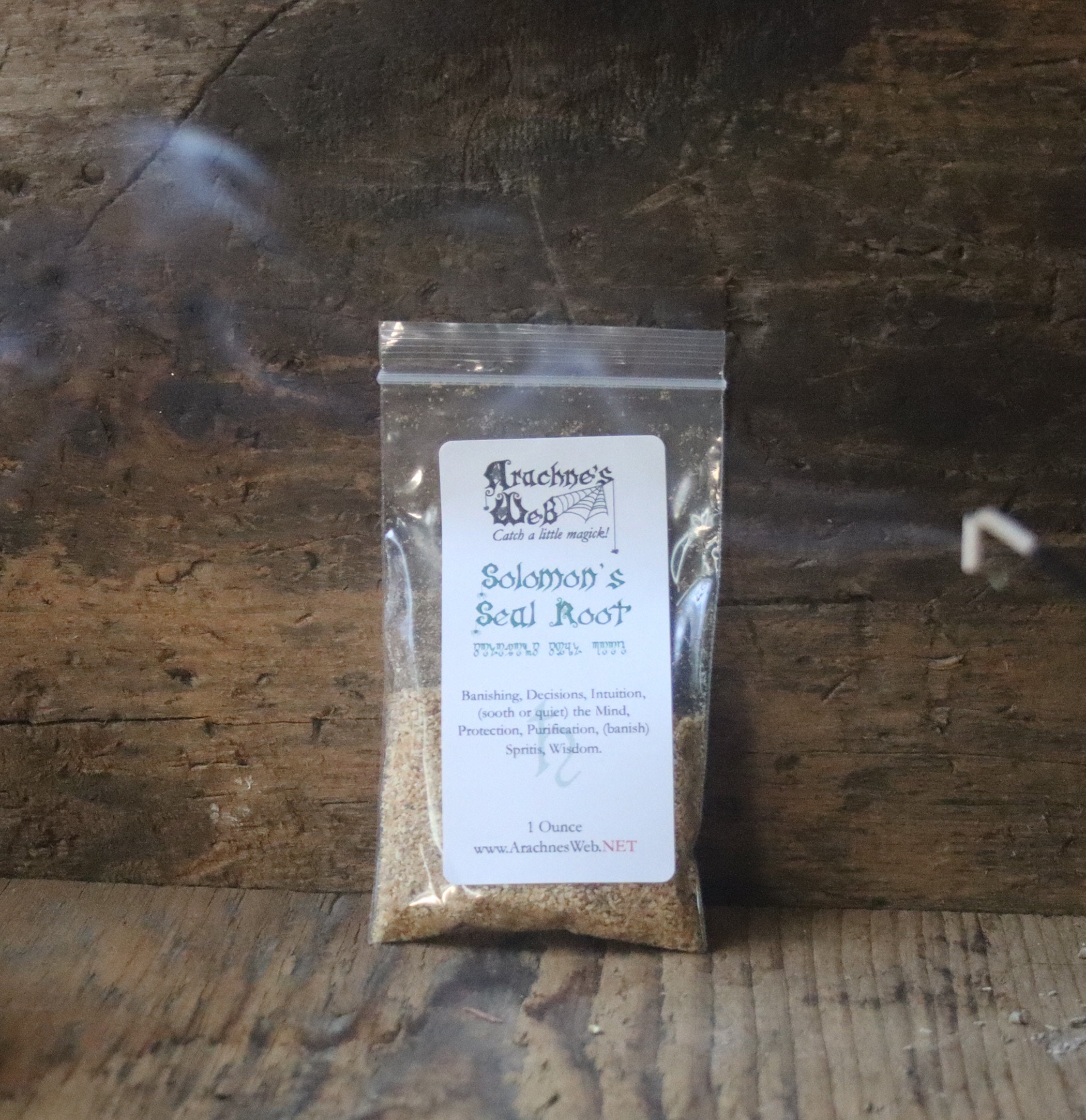 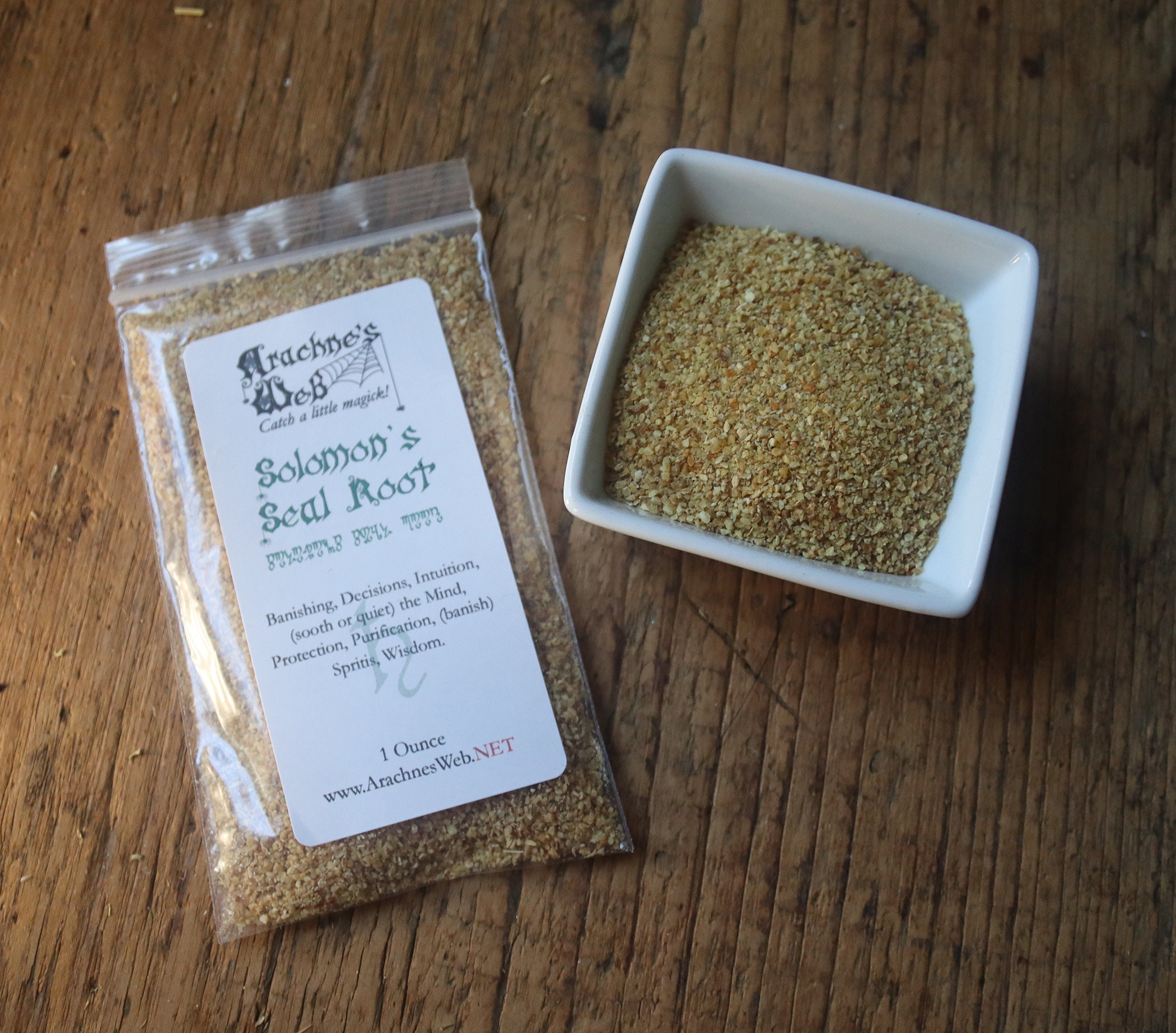 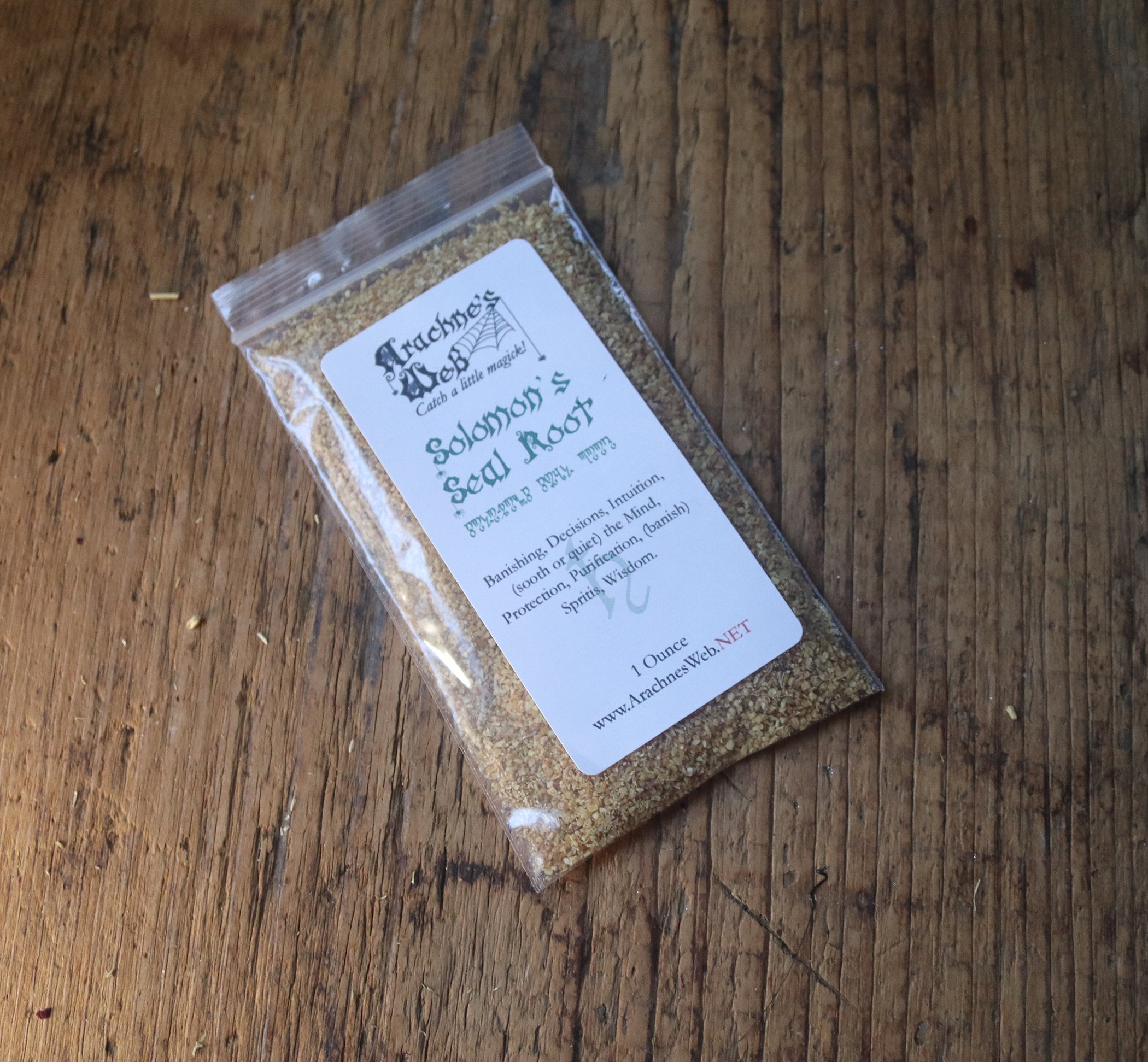 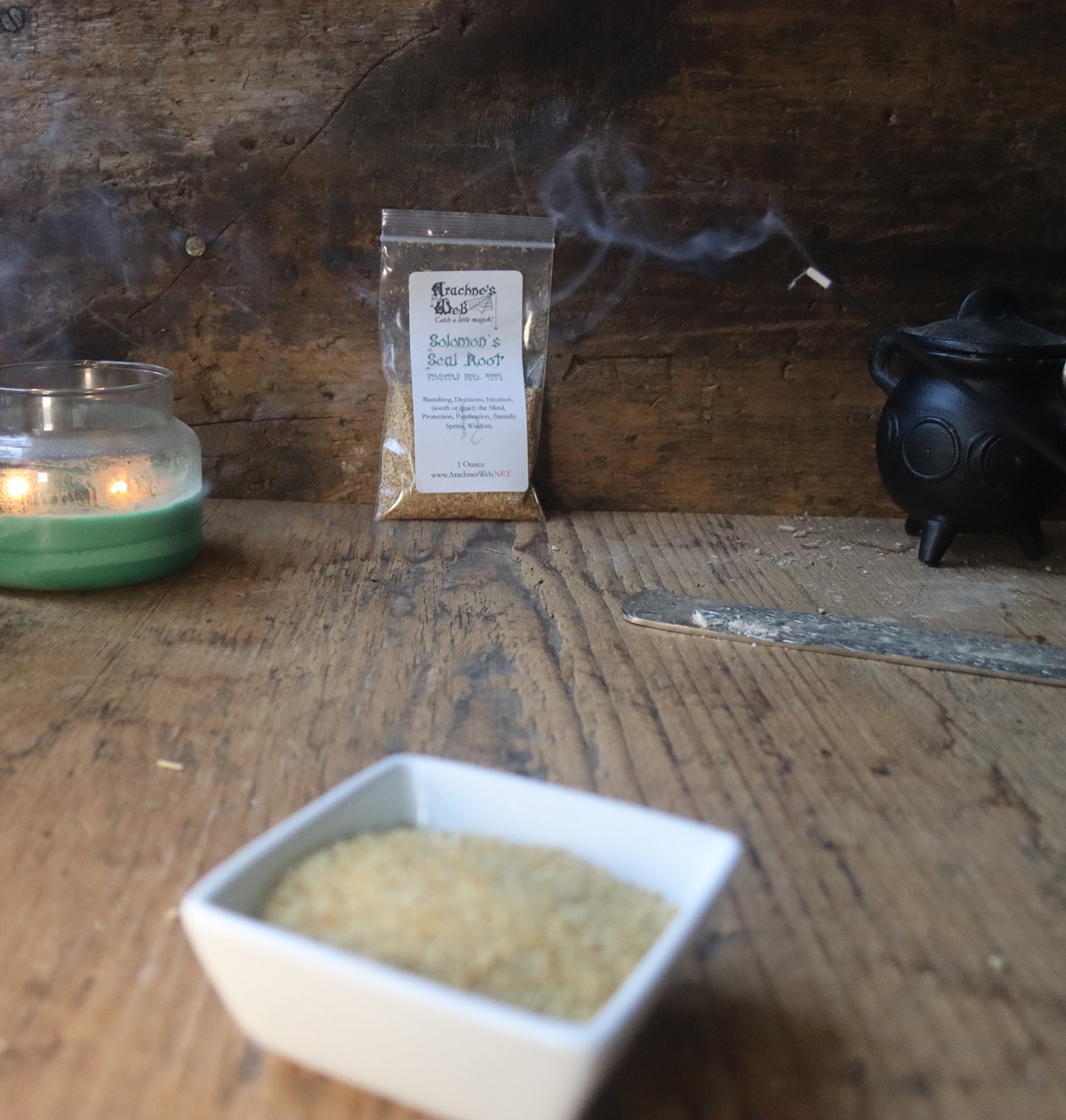 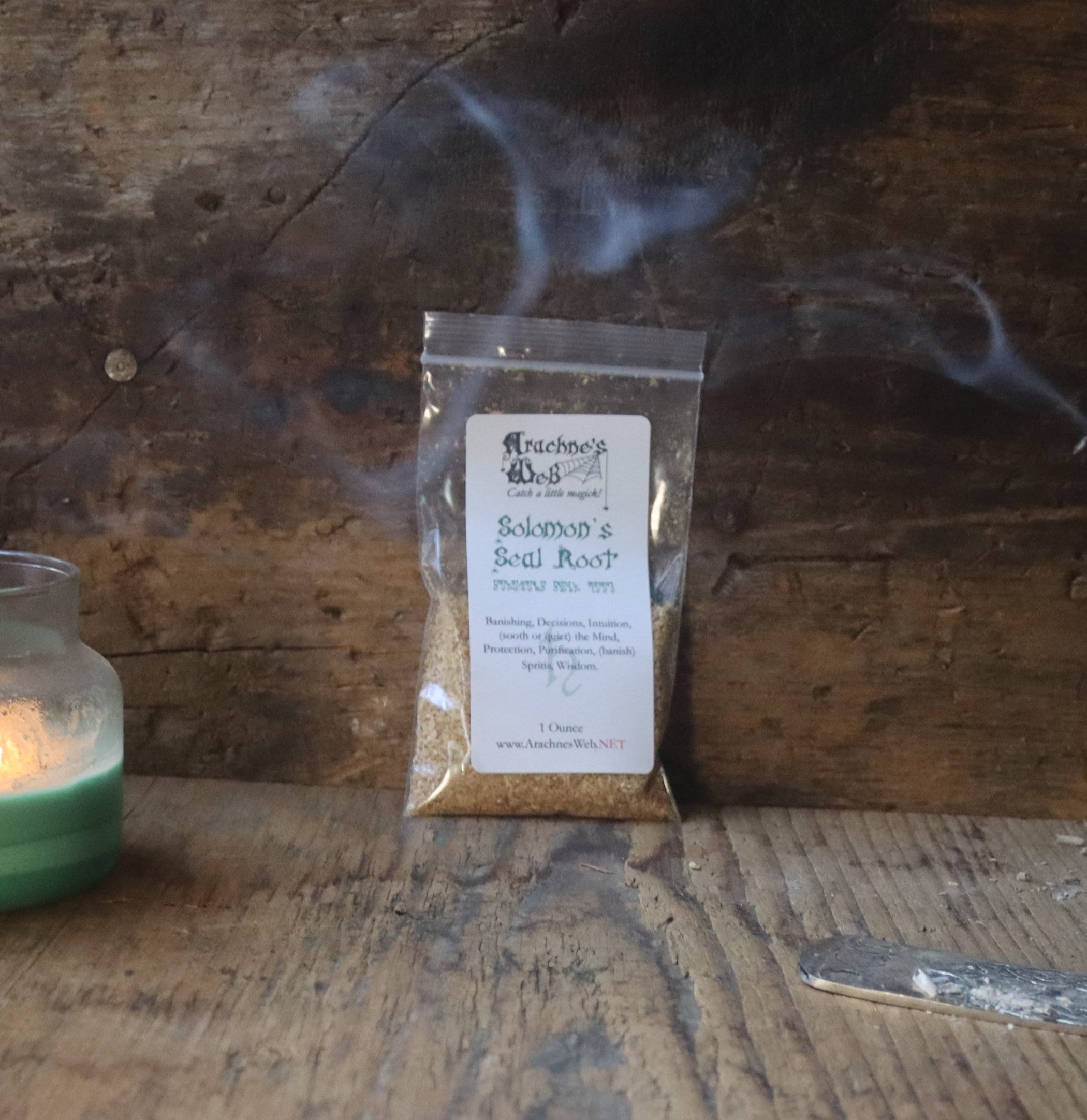 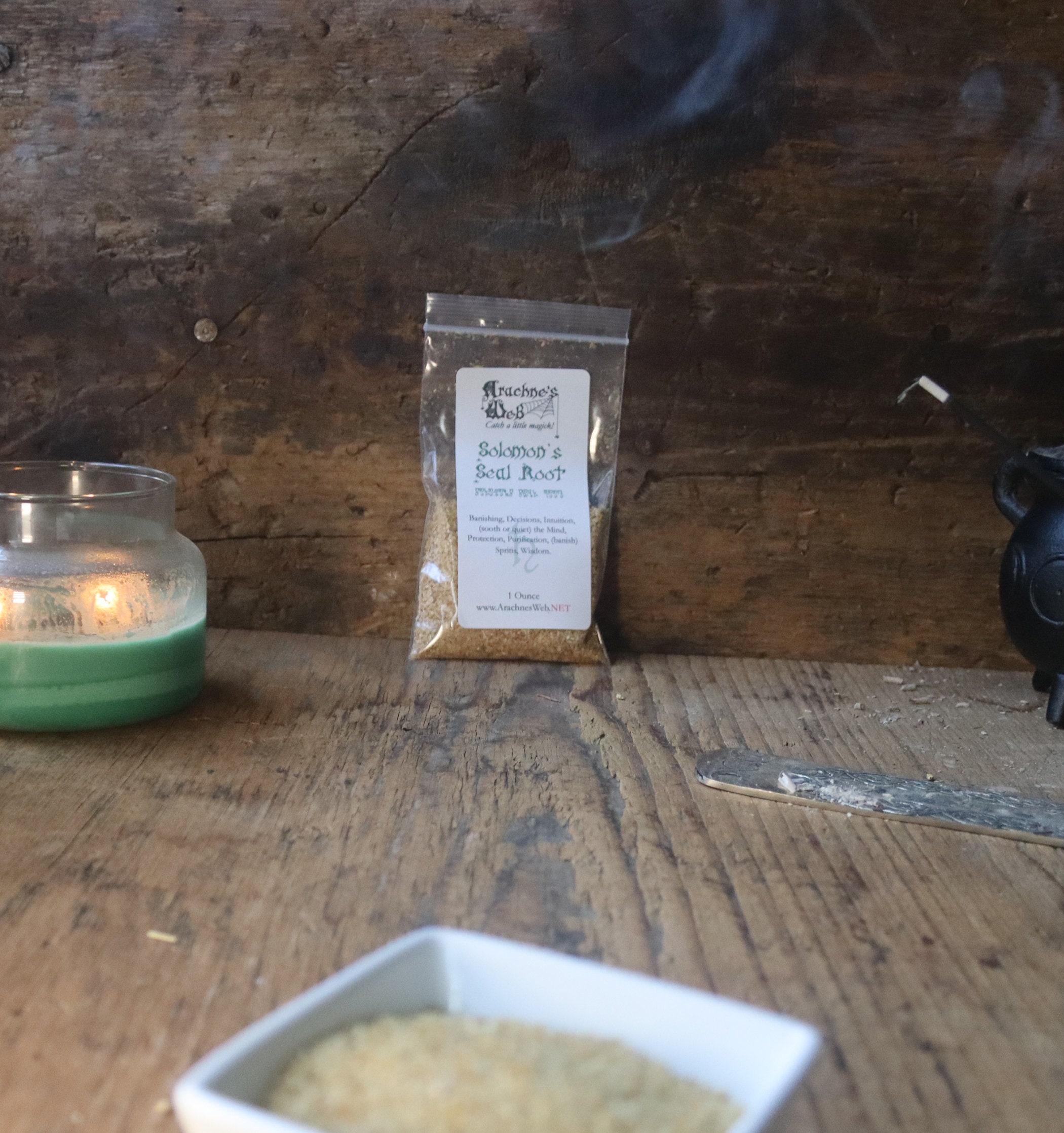 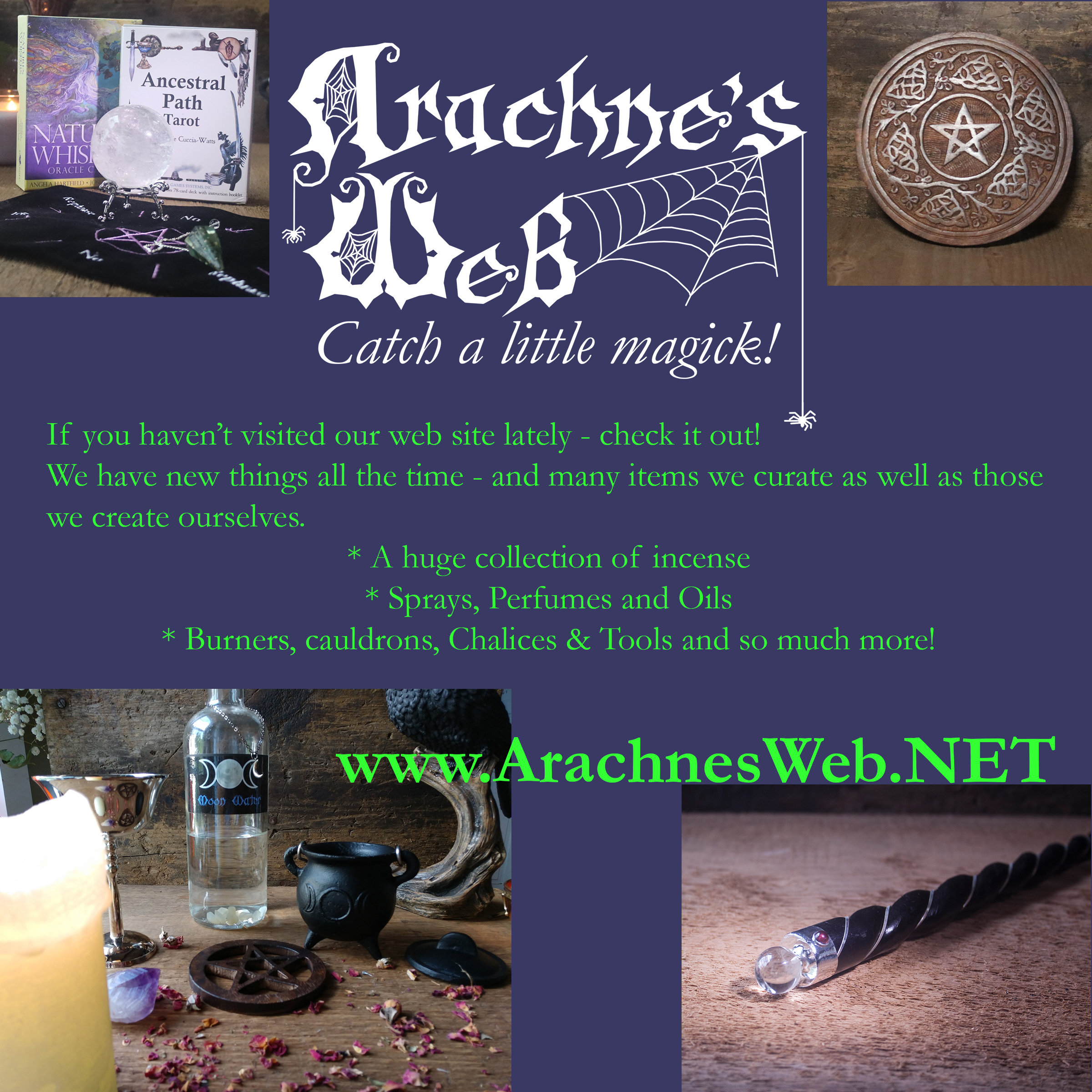 The legends and lore for Solomon's Seal go back to the temple of Solomon! Used in a variety of ritual and potion magick. It is an herb pf power, used in many classical rituals and spells.

Solomon's Seal is used for protection and for contracts and "sealing deals". Used in inks for writing binding documents. Solomon's Seal is known as the magickal "catalyst". It helps start things that aren't moving. One of the oldest known herbs for magick, no Witch's collection is complete without it!

This listing is for a 1 oz bag of dried Solomon's Seal Root, with an information card of correspondences.


Note: This information is for entertainment use only.

I gladly accept returns and exchanges

Ship items back to me within: 30 days of delivery

But please contact me if you have any problems with your order.

The following items can't be returned or exchanged

Because of the nature of these items, unless they arrive damaged or defective, I can't accept returns for:

0 items in your cart